Professional sound engineers know that choosing the best studio microphone is essential when it comes to recording quality. If you’re relatively new to recording, how to choose the best mic for studio recording is probably still a mystery to you. But with a bit of experience in the studio, you’ll learn that there are certain microphones that will work well for recording different types of instruments. However, without a solid understanding of acoustic theory, it’s likely that you won’t understand why. Should you use a condenser or a dynamic microphone? A solid state or tube? With so many microphones to choose from, finding the right one can be overwhelming, so a basic understanding of mic uses and the different types available will definitely serve you well. Making the wrong mic choice can ultimately come back to haunt you, but don’t fear! This studio microphone review and buyer’s guide will guide you through the buying process and put you on the path to better sounding recordings.

Let’s start off by discussing dynamic mics. With this type of mic, the audio signal will be generated by the motion of the conductor found within the magnetic field. In most models, a lightweight, ultra-thin diaphragm will move as a response to pressure caused by sound. The motion of the diaphragm will cause the voice coil to move, which in turn will generate an electric current. This microphone is designed to handle more use and abuse. They are also priced affordably. A dynamic microphone is a perfect choice for electric guitars and drums.

A condenser is a type of microphone that’s more responsive to the nuances and speed of sound waves, compared to dynamic models. Condenser mics consist of a stretched thin conductive diaphragm that’s placed close to a back plate. This setup works to create a capacitor that gets its electric charge from an external voltage source, such as a dedicated power supply or battery. The diaphragm will slightly vibrate as a response to sound pressure, which will cause the capacitance to produce a voltage variation. This type of microphone comes in either tube or solid state variations and is available in a wide variety of sizes.

The ribbon mic was widely used during the golden age of radio. These days, a ribbon microphone is enjoying quite the comeback.  Instead of responding to sound pressure level, this type of mic responds to the velocity of air molecules that move a small element that’s suspended in a strong magnetic field. When recording in a studio environment, this type of functional difference isn’t a big deal, however, it can be an issue if you’re recording outside on a windy day.

The USB mic features all of the traditional mic elements, however, it differs from a traditional mic with the addition of an analog to digital converter and an onboard preamp. A preamp is what makes it unnecessary for this type of mic to be connected to an external mic preamp or mixer. The digital converter will change the output of the microphone from analog to digital, allowing the user to plug it directly into a PC, making mobile digital recording incredibly convenient and easy.

Dynamic and condenser microphones are classified based on the size of their capsule. This results in a couple classes: small diaphragm and large diaphragm. Each size has its place in a recording studio. A mic with a medium diaphragm is considered a hybrid of sorts and works to blend the characteristics of small and large mics. 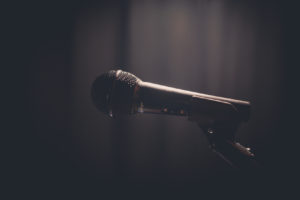 The medium diaphragm mic is sort of a controversial topic. In the past, there have been small or large diaphragm microphones, but recently, medium size models have found their own category, although not every recording engineer agrees with their precise lower and upper limits. Most manufacturers and pros can agree that any mic that features a 5/8  to ¾ diameter diaphragm should be characterized as medium. Typically, medium diaphragm models have a tendency to do a great job of catching high-frequency content accurately, while also offering the ability to deliver potentially warmer, round, and slightly fuller sound.

The condenser mic with a small diaphragm is able to shine in applications that leave their large diaphragm counterpart struggling to keep up. The small diaphragm mics are ultra-responsive, due to their small, compact design and lighter mass diaphragm. These microphones are definitely the best choice for acoustic recording, or for any type of instrument with extended overtones and sharp transients. Most sound engineers will favor these mics for drum overheads. These mics are also very easy to position.

To begin, you’ll want to stick with small condenser mics for the overheads, a cardioid small condenser for the hi-hat and a cardioid dynamic mic on the drums. Keep in mind that a condenser microphone can definitely be used on the toms and snare. Basically, once you become familiar with the rules, you can feel free to experiment a little with your setup.

Placing drum microphones will take a lot of experimentation. You’ll need to ask the drummer to play a little as you listen for sound quality and move the mic a few inches at a time. An even better idea is to remain in the control room and have an additional person move the mics as you listen. With a little experience, this process will become more streamlined and you’ll know where you like the mics placed and the best models to use.

When it comes to recording electric guitars, position a dynamic microphone close to the speaker cabinet. If you have a condenser with a large diaphragm, place it just a few feet back. These mics can be mixed together on the console, or you can choose to record them on separate tracks. In instances in which you’re overdubbing an electric guitar, you won’t need to be concerned with leakage. You can experiment by backing up a condenser microphone in order to soak up more sound, assuming that the cab is in a decent sounding space. Try switching the mic to omnidirectional if it has multiple polar patterns. Of course, you can use more than a couple of mics, just be sure to keep an eye on phase relationships.

When it comes to recording acoustic, most pros prefer a cardioid condenser with a small diaphragm. Starting off, aim the mic down, keeping an eye on the twelfth fret from about eight inches away.  Ribbon mics and a condenser with a large diaphragm can also work out nicely when recording acoustic guitars. You can definitely have some fun experimenting with different mic placements and types in order to determine what will work best for your setup.

You’ll want to use a large diaphragm condenser microphone when it comes time to overdub the vocals. With lead vocals, you’ll need to match the type of mic you use to the vocalist. Vocalists will often have their own personal mic preference. Most experts recommend setting up a few mics and having the vocalists sing the same portion of a song into each one. You can then record each pass to individual tracks and then allow the vocalist to hear the outcome from the playback and determine which mic matches her or his voice the best.

For acoustic piano sound, you’ll want to use a couple of condenser mics with small diaphragms for the highs and two condenser microphones with large diaphragms for the lows. When it comes to correctly placing a mic for pianos, it can be highly variable, so you’ll need to do some experimenting. But if you want to make your job a little easier you can purchase a piano microphone kit.

For double bass, cellos, violas and violins, pretty much any type of high-quality condenser mic will work. Although many pros recommend a traditional ribbon mic for a more classic sound. These mics can also be very flattering for bass instruments.  For double reeds and reeds, a ribbon mic is able to pick up and capture less of the mechanical sound of the keys.  Small or large diaphragm mics can also do a good job. 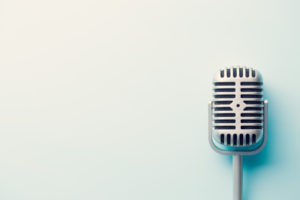 A microphone that features a cardioid polar pattern works the best at hearing what’s going on right in front of them while at the same time rejecting any sound from the rear and sides. The name cardioid comes from the fact that the graphic representation of this mic’s pattern resembles a heart. The mic’s ability to reject sounds from the rear and sides make this type of microphone very useful in situations when multi-microphone setups are necessary. This type of mic is popular for both live and recorded sessions and can be used for a wide variety of applications. Just keep in mind that this mic will exhibit proximity effect.

More directional than the cardioid mic is the super cardioid and the hyper cardioid is even more so. Both types of polar patterns feature rear lobes that are extremely sensitive and are designed to pick up sound which is what makes placing these mics a little tricky.

The omnidirectional mic can pick up sound equally, from every direction. A circle is the graphic representation of the pattern for this mic. An omnidirectional mic doesn’t exhibit pronounced proximity effect. Every mic is created omnidirectional, but additional engineering is used in order to create certain types of directional polar patterns. This type of mic is perfect for catching room sound.

The figure eight polar pattern allows the microphone to be equally sensitive to sounds that are picked up from the back and the front, but it will reject any sound that comes from either side. This, in turn, will produce a pattern that looks just like a figure eight. This polar pattern is also referred to as bi-directional. 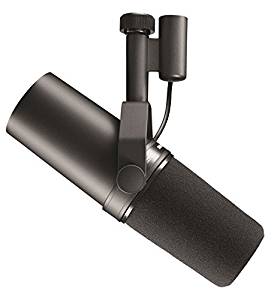 This Shure dynamic mic produces high-quality sound and has become a staple in most recording studios around the world. The sound it provides is described as low end, rich and neutral, offering plenty of versatility in the studio. With a solid design that’s not too heavy, this mic is perfect for a wide variety of applications but tends to truly shine with vocals. This model received an impressive consumer rating, making it our top rated product and a mic that has a lot to offer the artist or engineer on a budget. 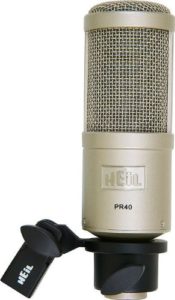 The PR40 by Heil is a dynamic mic that can be used for guitar cabs, drums, and vocals. It offers a low response and a wider frequency range than you’d expect. With an added humbucking coil which helps to reduce interference and the mic’s clearer, fuller sound, this Heil model’s popularity is on the rise with both the amateurs and the pros. 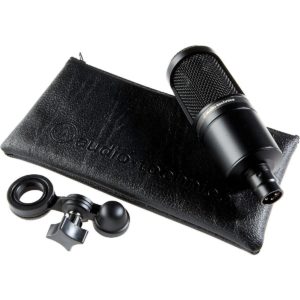 This popular condenser mic by Audio Technica is both versatile and solidly built, featuring a pretty basic design without pads or filters. This is a mic that’s been around for a few years and it’s one of the more popular options for the engineer on a budget. The mic itself offers a full, warm sound that’s perfect for acoustic recording and male or female vocals. 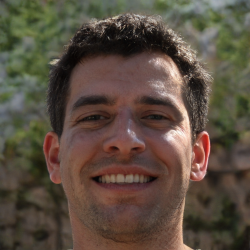 Latest posts by Brian (see all)